Visiting artists earning income from performances in Ireland have a tax liability under Irish tax law which requires them to file a self-assessment return. However, because they are not tax resident in this country, there are practical difficulties in enforcing that liability. In other words they do not file returns and there is no pressure from the Revenue Commissioners to file these returns and pay this tax. It would appear that all EU countries other than Ireland , Denmark and the Netherlands exercise a withholding tax regime to address this. Most countries have a withholding tax charge of approximately 20% incorporating income taxes and social welfare contributions. Ireland has no such charge.
This matter has previously been addressed in 1989 and again in 2009. The reasons given for not introducing such a scheme in 1989 and deemed to be still relevant in 2009 were as follows:
•         small prospective yield at the time,
•         the capacity of such a regime to discourage artists visiting Ireland and
•         the administrative burden associated with collecting such a relatively small yield.
We believe these reasons are no longer valid.
•         Small yield
o   Consider the aborted Garth Brooks shows from 2014; ticket sales alone were in the region of €30,000,000.Each ye 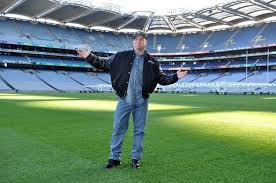 ar Ireland hosts many large outdoor festival and events in addition to the numerous events held in venues such as the 3 Arena. Entertainment is now a major industry.
•         Discouraging artists from visiting Ireland
o   The introduction of a withholding tax will only discourage artists from visiting Ireland if they were not planning on paying tax on the Irish profits in their country of residence. The tax compliant performer will not fear an Irish artist withholding tax.
o   Is it fair that an Irish artist pays tax on their profits from an Irish concert but that an overseas non-resident artist does not do so?
•         Administrative burden
o   The vast technological improvement in the activities of the Revenue Commissioners since 1989 will hugely reduce the administrative burden on Revenue.
IMRO recently launched their document ‘The socio-economic contribution of music to the Irish economy’. This document indicated the Sector supports 11,510 jobs. IMRO had 6 recommendations to continue growth of the sector and its economic & social contribution.  We believe the Artist withholding tax (or a portion of same) should be ring fenced to support the IMRO recommendations or else support cultural initiatives such as BlockT in Dublin.
We note the Minister published a Culture 2015 discussion paper recently. We are disappointed the taxation of non-resident performers was not addressed in this discussion paper.

The Minister did not respond to our proposal.