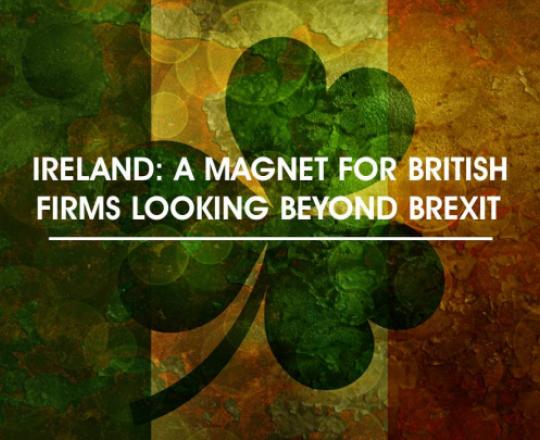 HURST is advising a number of  businesses in partnership with Noone Casey, a Dublin-based accountancy firm. Both practices are members of the PrimeGlobal association of independent accounting firms. Anthony Casey, a partner at Noone Casey, said: “We’re advising  companies which trade within the EU and see Ireland as the optimum location for ensuring this continues profitably. “They are planning for the medium to long-term, as it could be several years before Brexit happens. “Having a sales operation in Ireland means they will already have employees and an infrastructure within the EU which they can ramp up when the time comes.

“If they wait until afterwards, their business continuity could suffer. “In a sense it’s an insurance policy, as no-one knows for certain what the trading and commercial outcome of Brexit will be. “However, there is a likelihood of turmoil in the market concerning trade agreements, and smart companies are assessing the risks and taking steps to mitigate the impact of Brexit.” Paul said: “As the prospect of Britain being outside the single market following Brexit becomes more likely, having an operation in Ireland becomes a more attractive proposition.

“A lot of people are talking to us about it and thinking of taking action. “I expect a number of early adopters to follow this path, with others waiting to see how things work out for them.” However, he had words of caution for those looking to do so. “Companies need to think carefully. From a tax point of view, there has to be a business of substance, not just a brass plate on a building. It has to be done correctly, with careful planning,” he said. “If a company transfers part of its future profits into an Irish company outside the UK tax net, there’s a good chance that HMRC will tax it as if it had sold that part of the business to a third party. “While a company could make savings when it comes to tariffs, it could cost them more in the short term.”